I really stretched my brain while reading So Totally Emily Ebers by Lisa Yee. Not because the plot was difficult or anything like that, but I was had to think back to when I read Yee's first book Millicent Min Girl Genius. It is absolutely amazing the way Yee has written three books (The other being Stanford Wong Flunks Big Time) in tandem the way she has.
I read the first book back in 2003 so it was kind of a stretch to think back and try to remember the character of Emily Ebers, the main character in this book. But don't get me wrong... you do not HAVE to read these books in order. No, No, No... In fact Lisa Yee herself says the books "can be read in any order, any day of the week, and at any time, except when you're sleeping." However, I thought is was super fun to compare. I haven't even read the second book, but I will now.
If you read any of the books you know the characters and this book is about Millicent's "best friend" Emily Ebers. Emily is having a hard time adjusting to divorce, her move across country with her mother, making friends, fitting in, and all those other teenage woes. The book is written in the form of diary type entries she is actually addressing to her father. She has decided to give the whole notebook to him when she is done so he can see how her summer was while he was off touring with his band. (Something I would have never done at 12 years old, or 13-31 years old for that matter)
One thing that was a little weird for me, and maybe I am being critical and need to suspend my mind for a minute and get into book world... but there were modern references to things such as a Prius car. The thing that kept bugging me was I kept saying in my head "Was that around in 2003?" Just because the two stories were suppose to be tandem and a few things referenced, I couldn't think back to see if they could have possibly been in the first book. (Does that even make since?) (Okay, I just looked up Prius, it came out in 1997, but I really didn't hear much about it around here until at least the last couple years)
I highly recommend this book, especially if you have read the other two, but not only if you have read the other two. --You don't have to read the other two, but you will want to! 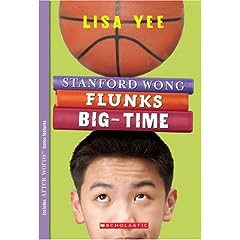 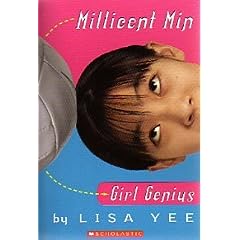